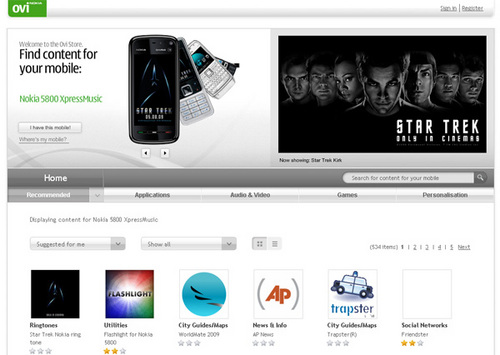 As far as the app selection goes, it’s currently a far cry from the iPhone app store, which is a bit sad considering that Symbian has been around a lot longer than iPhone. But that’s just the way it is, and Nokia will just have to deal with it; with Symbian still being the leading open mobile platform, I’m sure the Ovi Store will attract a lot of interest from both users and developers.

In fact, the interest is obviously bigger than Nokia had anticipated, because they’re off to a sluggish start, with the Store currently ranging from slow to completely unresponsive.